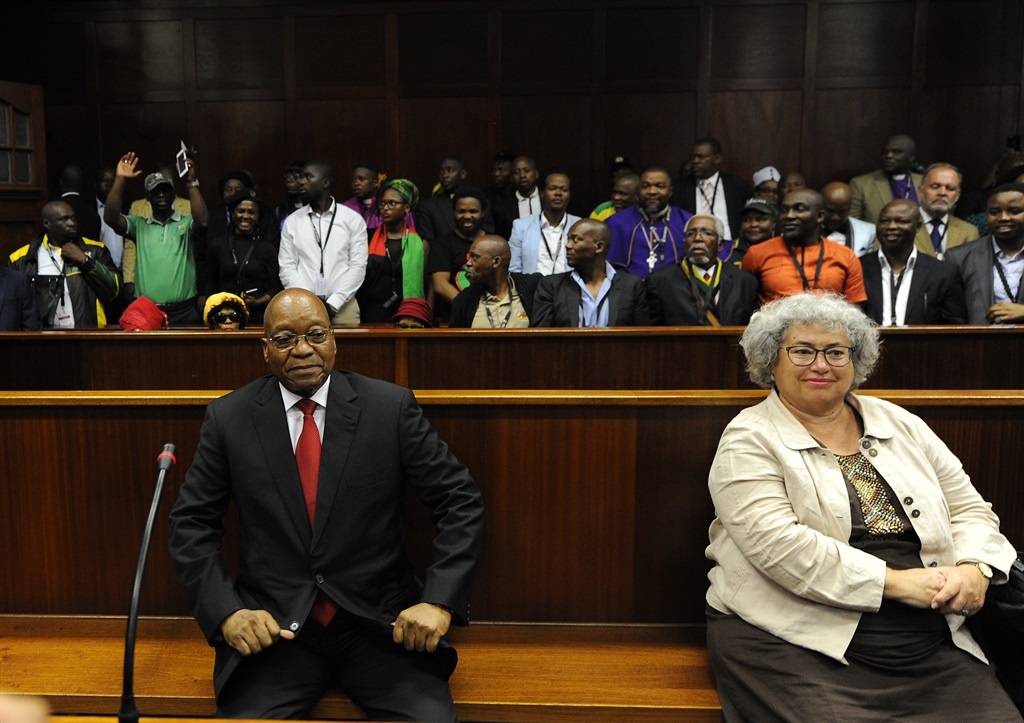 After much speculation, and barely a week into his presidency, Ramaphosa announced a new Cabinet on January 27. Notable ministers who were removed included Jacob Zuma loyalists Faith Muthambi as minister of public service and administration, Fikile Mbalula as police minister, and Lynne Brown as public enterprises minister.

To bolster the economic portfolios, Ramaphosa brought back Nhlanhla Nene as finance minister and Pravin Gordhan as public enterprises minister. The two set to work to turn around the dire situation the economy was in. Ramaphosa and Nene met with ratings agencies and foreign investors and Gordhan started going through state-owned enterprises with Occam’s razor to remove corruption and maladministration.

While Ramaphosa drew heavy criticism for retaining Zuma loyalists Bathabile Dlamini as minister of women in the presidency and Malusi Gigaba as home affairs minister, critics agreed that he did well to appoint a capable Cabinet, given his obligations to senior members of the ANC.

“He could not immediately get rid of everyone who was corrupt in the ANC,” says political analyst Ralph Mathekga. “But he made sure to strengthen Cabinet where it mattered – in the economic portfolios.”

On the day of Ramaphosa’s inauguration as president, the Hawks raided the infamous Gupta brothers’ compound in Saxonwold, heralding the end of an era of unbridled state capture. Varun Gupta was arrested, along with other known associates of the brothers. Atul, Ajay and Tony Gupta fled to Dubai. Authorities are currently working on getting them back to South Africa for questioning.

Parliament’s mineral resources committee also adopted in principle the terms of reference for its inquiry into the activities of former mineral resources minister Mosebenzi Zwane, after allegations that he was closely linked to the Guptas, particularly with regard to the pressured sale by Glencore of its coal mine assets to the Gupta-owned Tegeta Exploration and Resources.

On March 7, Deputy Chief Justice Raymond announced the appointment of key staff for the State Capture Inquiry, which includes former Auditor General Terrence Nombembe as head of investigations. Ramaphosa changed a crucial regulation of the commission that determined that evidence produced during the inquiry could not be used in a criminal case, a clause Zuma signed on February 8 before he stepped down from office. The inquiry is yet to start proceedings, but is set to expose the cabal implicated in using state resources for personal gain.

Perhaps the most significant achievement of all has been Zuma’s appearance in court on April 6 on 16 charges relating to 783 irregular payments, which he allegedly received in connection with the controversial multibillion-rand arms deal. Zuma’s case was postponed to December, but his first appearance was a victory for civil society and opposition parties who fought years to get the charges against him reinstated.

Ramaphosa promised, in his State of the Nation Address, that his government will intervene decisively to stabilise and revitalise SOEs, with funding models to be renewed and only people with expertise, experience and integrity serving on the respective boards. New Minister of Public Enterprises Pravin Gordhan jumped straight to work to “recapture” the parastatals. To date, sweeping changes have been made to the boards of Denel, Eskom, Prasa and Transnet, and their respective executives have been bolstered with business heavyweights. Gordhan’s department has been hard at work, working out new funding models for the respective entities, and is also on a mission to recover funds stolen from them through state capture.

In a late-night statement on March 19, the Presidency announced that SARS commissioner Tom Moyane had been suspended with “immediate effect”, pending the institution of disciplinary proceedings. Ramaphosa appointed Mark Kingon, an experienced tax practitioner, as acting head.

The move came days after Jonas Makwakwa, chief officer for business and individual tax, resigned with immediate effect. Moyane has since been served with disciplinary charges and Ramaphosa has refused him state funding for his legal costs. A commission of inquiry into the country’s tax administration, headed by former Judge Robert ‘Bob’ Nugent, was also announced. During his maiden State of the Nation Address in February, Ramaphosa said the commission would ensure that the credibility of SARS was restored, as well as its capacity to meet revenue targets.

“By proceeding to charge Moyane and refusing to give him legal funding, Ramaphosa set the right tone,” says analyst Mpumelelo Mkhabela.

Since day one, Ramaphosa has made all the right noises to boost the economy. The rand strengthened immediately on the back of his election as president, and investor confidence got a huge boost. Rampahosa reappointed Nhlanhla Nene as finance minister, who almost immediately took off to meet with foreign investors. Meetings with Moody’s saw the ratings agency change South Africa’s economic outlook to stable, and keeping its debt at investment grade.

Making a big deal about the importance of foreign investment, Ramaphosa announced plans to raise R1.2 trillion to boost the economy over the next five years. As promised, he announced an economic advisory panel to achieve this. On the panel are Trudi Makhaya, who was appointed as Ramaphosa’s economic adviser, as well as former finance minister Trevor Manuel, former deputy finance minister Mcebisi Jonas, executive chair of the Afropulse Group Phumzile Langeni, and chair of the Liberty Group and former Standard Bank head Jacko Maree, who were all appointed as envoys.

On the negative side, Value Added Tax (VAT) was raised by one percentage point, to 15%. With South Africa’s economy being consumer driven, it is a big impediment to much sought after economic growth.